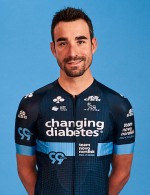 “When I realized we could take the jersey and hold onto it for a couple of days, it gave me extra motivation to take the necessary points. It’s a good feeling to help the team to a second podium appearance two races in a row.” 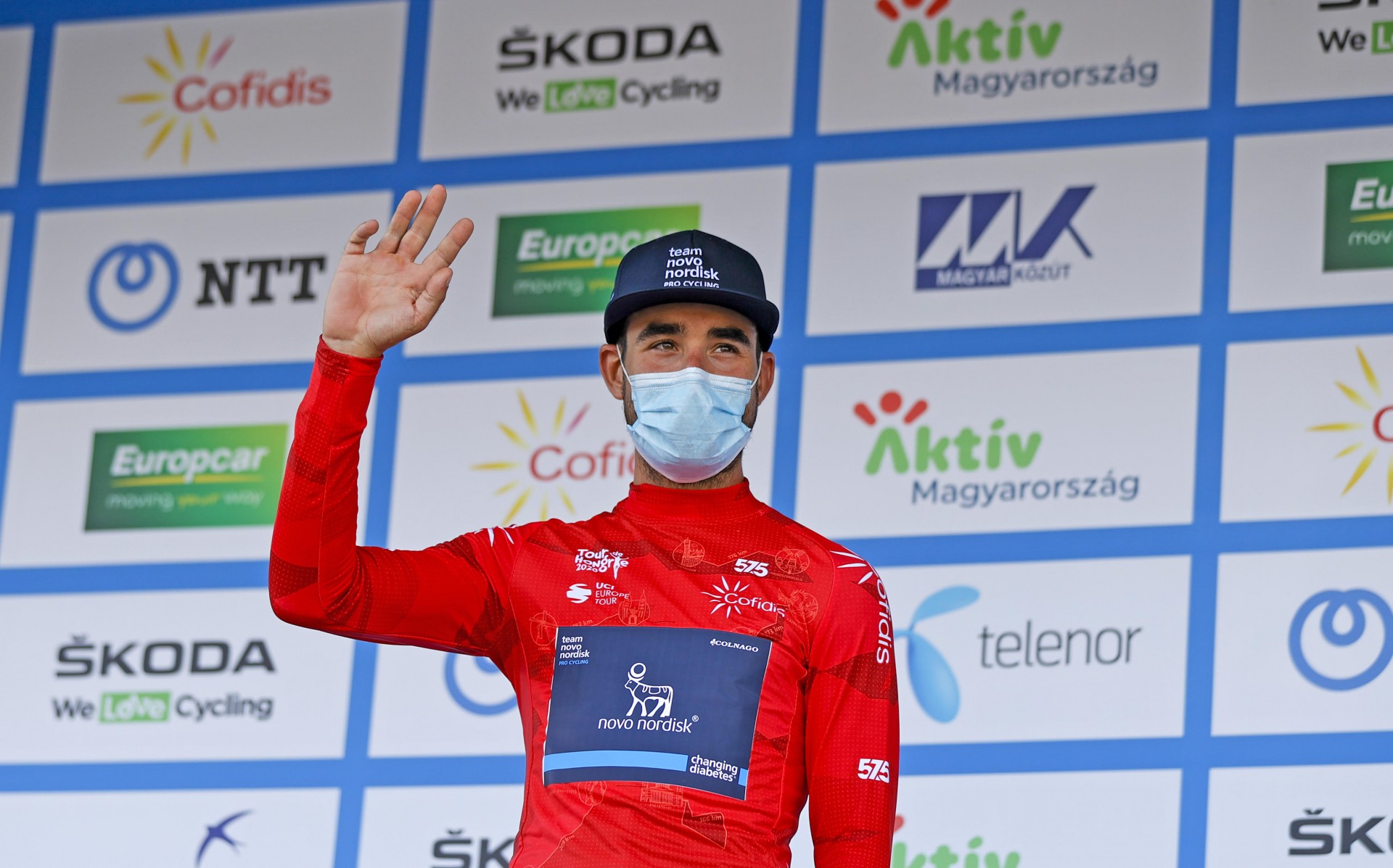 Esztergom, HUN – Team Novo Nordisk’s David Lozano laid down an explosive start to the five-day Tour de Hongrie by taking the King of the Mountains jersey on the opening stage in Esztergom.

“We did a great job today and I’m happy with my performance. Taking a jersey on the opening stage is great for our confidence and a solid way to start a stage race,” said Lozano.

While the team’s plan wasn’t to be in the breakaway on the 118-kilometer stage that featured three circuits each with a 2nd categorized climb, when the Spanish climber saw a large number of riders fighting to get in the break, he launched his own attack and was quickly joined by seven riders. The 8-man group immediately started working well together.

Heading over the first categorized climb, the 31-year old Spaniard made another calculated move and took maximum points. He earned additional points through the next two times over the KOM to secure the jersey.

“When I realized we could take the jersey and hold onto it for a couple of days, it gave me extra motivation to take the necessary points,” explained Lozano. “It’s a good feeling to help the team have a second podium appearance two races in a row.”

After the break was caught, the team switched attention for the finish into Esztergom. Frenchman Charles Planet finished just outside of the top 10 in 11th place behind stage winner Jon Aberasturi (Caja Rural-Seguros RGA).

Team Novo Nordisk is motivated to leave its mark at the 2.1-caliber race. Sports Director Massimo Podenzana said taking the KOM jersey was in the back of his mind and he was proud to see how Lozano read the race and reacted strategically.

“Lozano did a great job and attacked at the right moment to take the points for the jersey,” said Podenzana. “With two flat stages ahead, that means two more trips to the podium. We are also looking to play a few other cards and I know Hungarian Peter Kusztor and Charles are in good shape. It’s a positive start for us and we are eager for what’s to come.”

The world’s first all-diabetes professional cycling team takes on Stage 2 at the Tour de Hongrie on Sunday. The 158-km stage runs from Debrecen to Hajdúszoboszló.