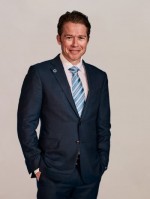 Fitzalan embodies our mission and has a deep connection within our entire organization. I believe her leadership will allow us to make an even greater impact with current and future sponsors and continue to grow our traditional and digital media footprints.

Team Novo Nordisk, the world’s first all-diabetes professional cycling team, is honored to announce that Fitzalan Crowe has joined the organization’s leadership team as the new Vice President of Marketing and Sponsorship. 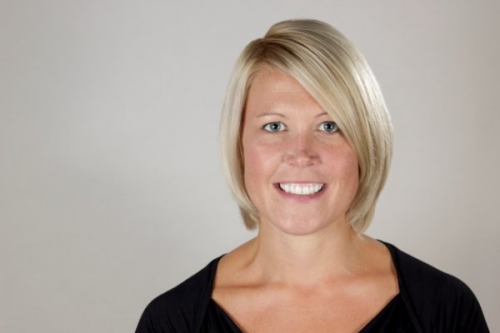 "I am extremely excited to have Fitzalan join our leadership team. We wanted greater diversity among our executive team, and no one was better suited to be the first female within our organization than Fitzalan,” said Team Novo Nordisk CEO and Co-Founder Phil Southerland. “Fitzalan has led the charge on Team Novo Nordisk's media for the past five years, and I’ve seen how much can be achieved through her intelligence and tenacity.”

In 2010, Crowe switched to endurance sports after taking a communications assignment at the 2010 Tour de France. A lifelong fan of professional cycling, she began contracting for several professional cycling teams and bike companies, managing a range of communications needs in Europe and around the world. Based in Gent, Belgium, Crowe lives in the heart of bike racing, and her expertise in professional cycling has been a key driver to strategically expanding Team Novo Nordisk’s unique message to inspire, educate and empower everyone affected by diabetes. She received her M.A. in International Relations with an emphasis on terrorism from Virginia Tech.

“Fitzalan embodies our mission and has a deep connection within our entire organization. I believe her leadership will allow us to make an even greater impact with current and future sponsors and continue to grow our traditional and digital media footprints,” said Southerland. “We aim to change diabetes for everyone in the world, and I’m confident that with the addition of Fitzalan's leadership that we will succeed."

Crowe started with Team Novo Nordisk in late 2013 and most recently served as the team’s Senior Director of Public Relations. Over her five-year tenure, she’s garnered global attention to the team by placing features in high-profile outlets including CNN, the Guardian, BBC, Bloomberg, the Huffington Post, Eurosport, and ESPN. Since Crowe joined Team Novo Nordisk, the team has earned nearly 11,000 stories highlighting the team’s unique mission with a potential annual online readership of approximately four billion readers. Additionally, she helped elevate the team’s visibility outside of cycling by organizing meetings with the United Nations, government leaders, and key stakeholders.

“Since joining Team Novo Nordisk, I have been incredibly passionate about this project and spreading its mission. It has always been more than a job. Everyone within the organization is passionate and driven to change what it means to live and thrive with diabetes," said Crowe. “I'm honored to join Team Novo Nordisk's executive team and bring my experience and insight. I look forward to helping Team Novo Nordisk grow and inspire everyone affected by diabetes to chase their dreams."

All athletes on Team Novo Nordisk race with type 1 diabetes. 2019 marks Team Novo Nordisk’s seventh season racing on the International Cycling Union (UCI) Professional Continental Tour, which takes them to dozens of countries around the world in Europe, USA, the Middle East, and Asia as they race to change diabetes.