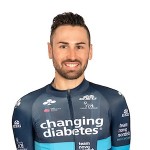 When we came into the final laps, my teammates were fantastic. They were really focused and wanted a top result as much as me. It was a big target for the team to do a Top 10 at a World Tour race and I’m happy I could achieve it.” 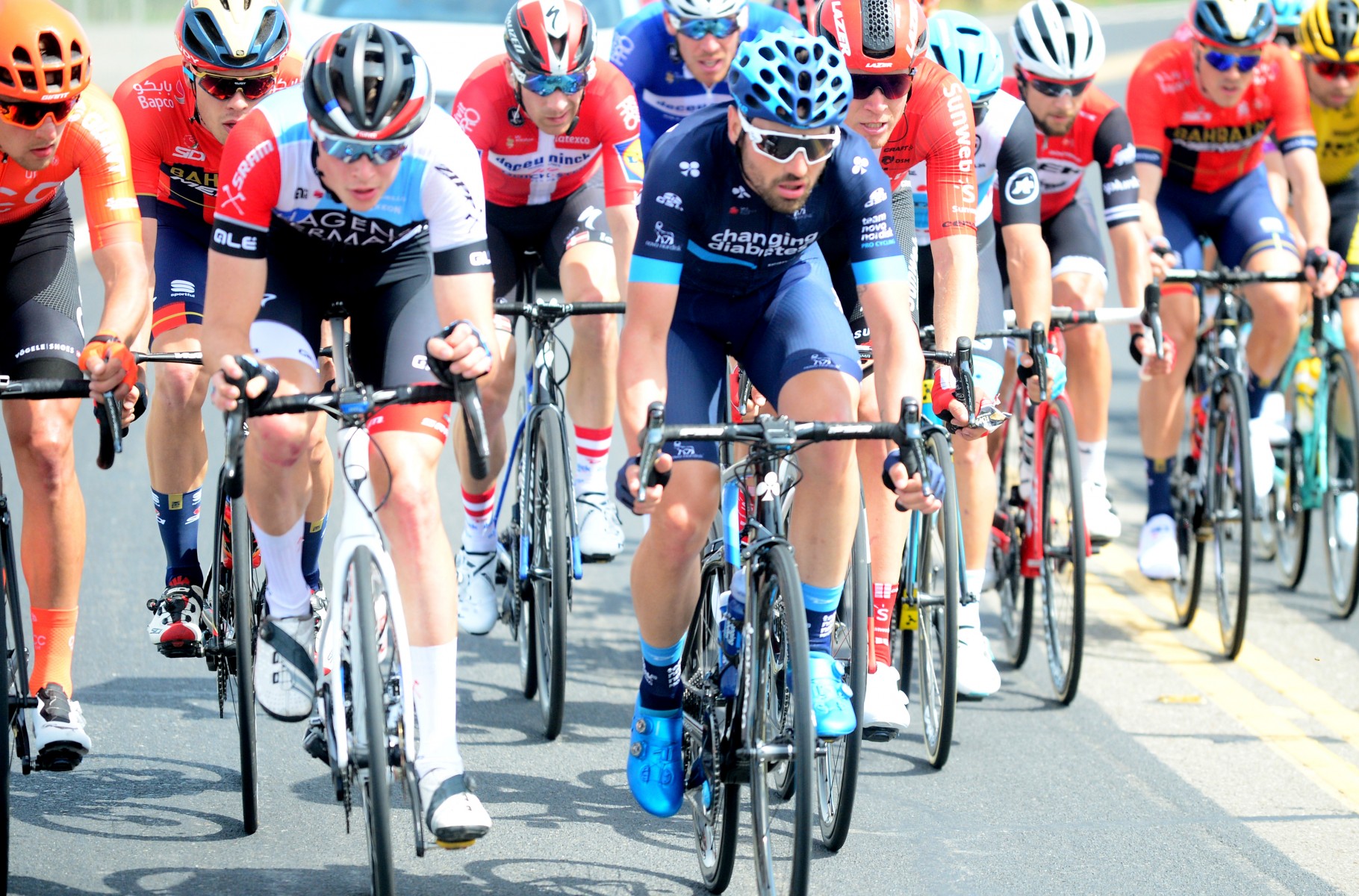 Team Novo Nordisk’s Andrea Peron sprinted to eighth place on the final stage of the Amgen Tour of California. The top 10 is the world’s first all-diabetes professional cycling team’s best result at a World Tour event in its seven-year history.

“When we came into the final laps, my teammates were fantastic. They were really focused and wanted a top result as much as me,” explained Peron. “I took the last corner on the wheel of [Peter] Sagan and tried to do my best. It was a big target for the team to do a Top 10 at a World Tour race and I’m happy I could achieve it.”

The seven-day race concluded with a shortish 126-kilometer stage that started in Santa Clarita and finished in Pasadena. Despite including only one categorized climb, the peloton still had to overcome plenty of elevation. The hard profile discarded several of the pure sprinters who were hoping to contest the stage win. As the peloton entered the final circuit in Pasadena, the last remaining survivors of the eleven-man breakaway were swiftly caught.

Throughout Saturday’s race, Team Novo Nordisk’s strategy was to keep Peron protected for the finish. As the race entered the final lap, the team’s lead-out delivered and placed the Italian in solid position heading into the sprint.

The 30-year-old Peron expertly navigated a chaotic finish, avoided a late race crash and surged to eighth place. Hungarian Peter Kusztor, who was recently diagnosed with type 1 diabetes, finished in a respectable 18th place on the day and concluded as Team Novo Nordisk’s best place rider overall in 38thposition.

The result capped off a week of stellar teamwork that included Charles Planet (FRA) wearing the Amgen Breakaway from CancerMost Courageous Rider Jersey on Stage 2 after spending 125 kilometers in the breakaway including a late-race solo attack on the race’s opening stage. Teammate Joonas Henttala starred in the Stage 4 breakaway. Team Novo Nordisk ended the race in 14th position in the Teams classification, ahead of three World Tour teams, additional proof to the growth and depth in the squad.

“This year’s Tour of California was a great race for the team. On Stage 1, we got a jersey with Charles [Planet]. With today’s eighth place, it’s nice to leave California on a high note and finish with a Top 10,” said Team Novo Nordisk General Manager Vassili Davidenko. “All the guys did an amazing job and we are so proud of our team. They went above expectations and we are already thinking about the next targets and the next races. Thank you to Amgen, AEG and all race organizers for a fantastic event and we hope to come back next year!”